A short cycling tour of some of North London's highlights with LCC’s Tom Bogdanowicz.

Television broadcasting was born at Alexandra Palace (‘Ally Pally’), the high point of this ride, when the first good quality BBC transmissions were made in 1936. The commanding height of Alexandra Park over London was the attraction for broadcasters, while the breathtaking views are the attraction for the many cyclists who pedal up the hill. 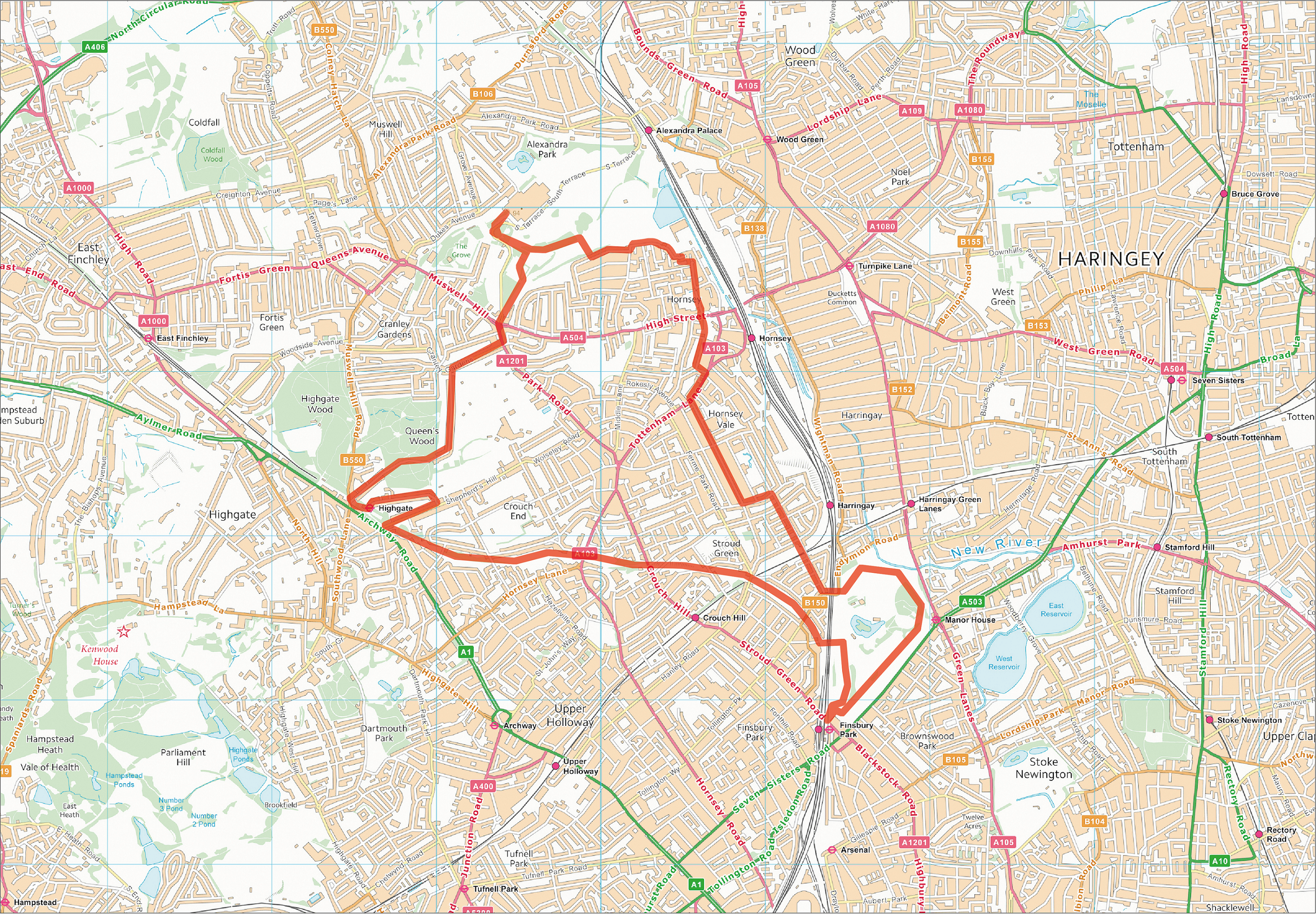 The route to Ally Pally takes advantage of Parkland Walk, a disused railway track that is well known to local cyclists (remember to give way to pedestrians) and displays a range of graffiti as well as an abundance of trees and foliage. You can divert at the top of the path to Highgate Village (connection via Jackson’s Lane and Southwood Lane) and admire London’s second most expensive home (Witanhurst House) or the more modest, but publically-accessible (free) Kenwood House.

But the exhilarating ride itself heads up and towards Ally Pally via a steep walking path just behind Highgate station. As you descend down Queens Wood Road (which really does run through a wood) towards Ally Pally, look out for a red postbox beyond which you turn down a hard-to-spot shared use path which leads to Park Road. Head on up to Ally Pally, which was built in 1873 as a Victorian entertainment complex but burned down 14 days after opening. Rebuilding took two years. It’s worth going inside to the aptly-named Bar and Kitchen to see the interiors.

The downhill route takes you up to the New River (Victorian conduit channelling water to inner London) and through hilly Haringey to Finsbury Park (venue for suffragettes, punks and rappers) where there is a convenient final stop at the café by the pond.

This ride is an abridged version of one of 40 plus London rides in the highly recommended London Cycling Guide written by Tom Bogdanowicz, in association with LCC, and published by Fox Chapel.