Katherine, what is your relationship with cycling and climate change campaigning?

I’ve always cycled. I love cycling and I’m really passionate about active travel, and I know how making London safe and enjoyable to cycle in would have such a good impact on the climate crisis. We’re seeing the impact of the crisis in London, like in flooding, and across the world. And if we had better infrastructure, more people would feel they could travel by bike, and it would mean immediate action on climate change.

You mentioned the impacts of climate change. Has there been much in Harrow that you’ve seen personally?

I’ve seen that places in Harrow do flood, and it’s gotten worse in the borough. We know for a fact that flooding is linked to global warming. But with making cycling safe and attractive, in Harrow, we’re very far behind a lot of other London boroughs. There’s not much in the ways of infrastructure for active travel at all. We got some schemes put in, earlier in the Covid 19 crisis, but unfortunately, these were all removed early.

All the front gardens are paved over for driveways, making the flooding worse, and there are cars everywhere, including on the pavement. ‘Car is king’ here, and active travel has not been a priority.

“I’ve always lived in Harrow. I was born here, I’m a Harrow girl, through and through. I live here, work here, I’m very much embedded in the community.” 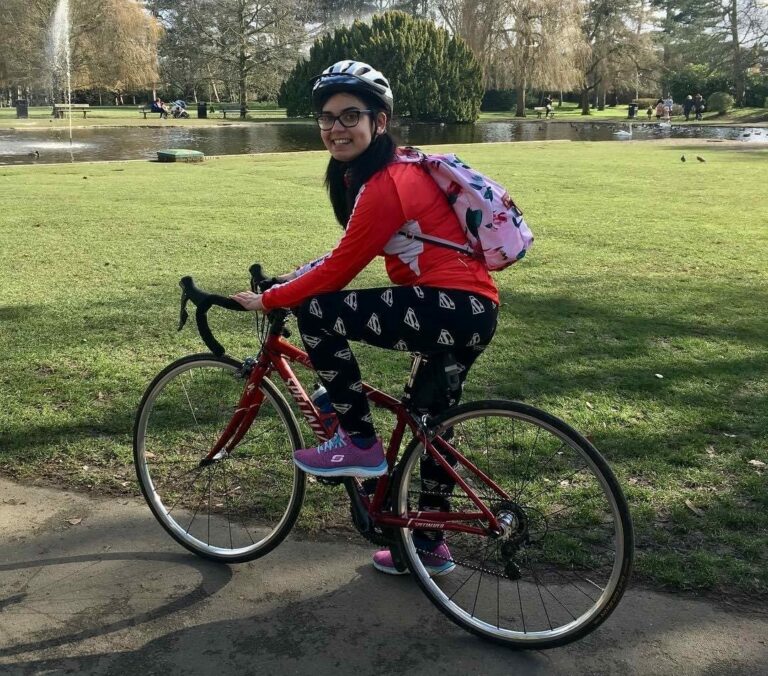 What’s your relationship with Harrow – have you been living and cycling for long?

I’ve always lived in Harrow. I was born here, I’m a Harrow girl, through and through. I live here, work here, I’m very much embedded in the community. When I was younger, I would cycle everywhere. My Nan really got me into it: she never learned to drive, but she loved her bike. She did deliveries on her bike, and when she was picking us up from school, she did that on her bike too, and she did the same with my own mum. But like for many teenage girls, as I got into my teenage years, the bike got put away. It was as I came back after uni, started to work, I wanted to go on my bike again.

But I looked at the roads and I was just like, ‘wow, this is scary, really scary.’ I did some beginner’s rides with local community groups, and that got me back into cycling for fun. But even now, I’m not confident cycling in some areas in Harrow on my own, just because of the way the roads are. There are big safety barriers out there for people who want to cycle more. People need to see that cycling is safe for their daily journeys.

Has this become a more important issue in Harrow recently?

I would say there are so many people in Harrow that are passionate about this. I’ve found that some Councillors think ‘oh, there’s nobody who cycles, this isn’t an important issue,’ but that’s not what I see. I get to see the lovely Harrow Cyclists and other cycling groups in Harrow and hear that there is a real appetite for people to want this sort of modal shift to cycling. We need to be louder and we need to champion those underrepresented in Harrow to make it happen.

How about your other friends and relatives in Harrow, what’s their attitude towards whether they might try cycling for

I’m in touch with Evolve, the Muslim women’s cycling network, and a lot of them have literally just learned to cycle during the lockdowns. I’ve really enjoyed taking my nieces and other relatives on rides, too. But when it comes to my friends, they’re like, ‘oh, I’d love to cycle with you, but it’s just too scary.’ They couldn’t even imagine getting on a bike! These are people just like me, but the roads near them are just too frightening.

But what are the most important changes you think should be made in Harrow?

Harrow Council have declared a climate emergency, and there are passages about cycling. We really need to make those words become actions. Something really important, which I’ve brought up with Councillors before is that, as a young woman, often in Harrow, there are quiet ways away from the busier roads for cycling which are good during the day. But when it gets dark, they’re not welcoming places to be. For big parts of the year, these are places people, especially women, are not going to be places that seem safe for the trip home from work. We need safe routes which are brightly lit and where there are lots of people around to feel safe.

Thank you so much for your time, Katherine.

LCC is highly effective because it's supported by more than 10,000 members. If you cycle in London please consider joining today. You'll be supporting our work and you'll receive a free set of CatEye lights, along with a huge range of benefits. 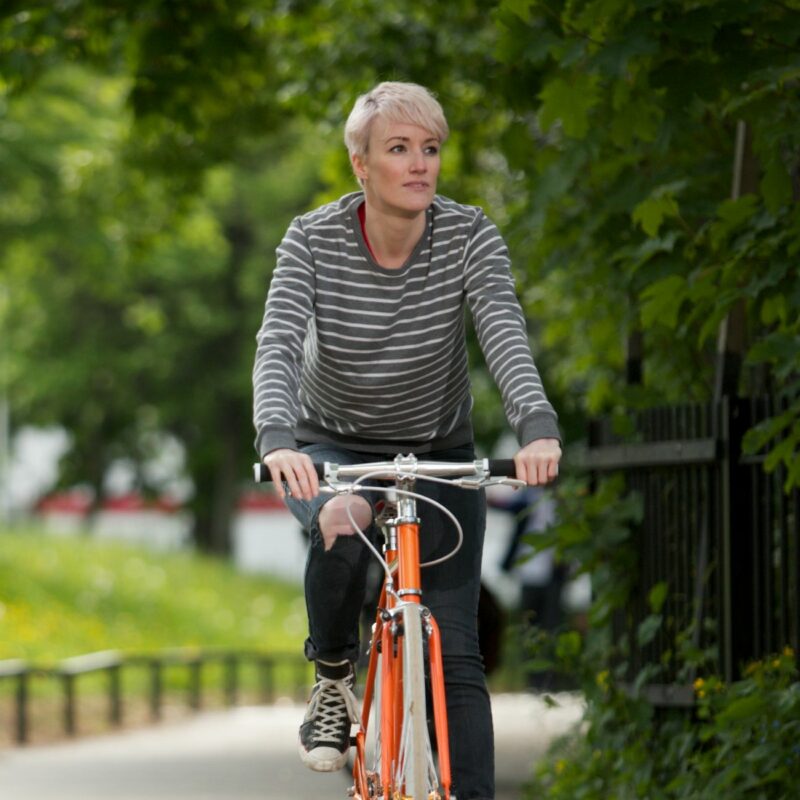