LCC’s campaign has been developed with its borough groups and new “Climate Safe Streets Champions”, with specific pledges for each council leader candidate in each borough to commit to, designed to spur every borough, whether surging ahead on climate action or lagging behind, to do more, move faster and be bolder on climate action, and therefore cycling.

The Mayor of London has committed to achieving a zero carbon city by 2030 – in line with what most experts say is needed to ensure our city does its part in reducing climate emissions. For that to be achievable, his modelling suggests we’ll need to cut road km driven by 27% by then as well as electrify vehicles. That means a huge expansion is going to be needed in walking, cycling and public transport – but particularly cycling as it is the only mode that can relatively easily expand that much in journey numbers.

The campaign launches with several key elements that will continue until the 5 May election: online action, Champions, BetaStreets and an upcoming film.

Click the link, tell your friends, family, strangers on the streets – because the more your borough’s politicians hear that voting is not just for folks who hate change, but also folks who desperately want change, want action on climate, want more cycling, the more they’ll be likely to commit to the campaign. And this is a vital year for climate and cycling – we’ve not only seen what can be done for cycling in many boroughs during the Covid pandemic, but we’ve also seen how fierce the ‘bikelash’ can be.

If politicians don’t stand up and do more now, the next chance we’ll have of change will be 2026 – and by then, it’ll likely be too late for boroughs left behind to catch up to a zero carbon roads transport system by 2030. So taking and promoting the action is going to be absolutely vital during this campaign.

Climate is also set to increasingly dominate the political agenda across London. That’s clear. And even the few boroughs including Barnet, Bexley, Bromley and Havering to have not formally declared a “Climate Emergency” have action plans to decarbonise.

LCC has spent the last year recruiting over 30 “Climate Safe Streets Champions” in over 20 boroughs to spearhead our campaign and build a movement of new climate and cycling activists. Working with our borough groups and existing amazing activists, the Champions will be out during the campaign, holding council leader candidates to account, organising hustings and climate cycle rides etc. See what Climate Champions have been doing in your borough.

Launching the campaign, a brief social media poll by LCC found Lewisham Gateway to be London’s most climate unfriendly area. And we’ve used ground-breaking new visualisation tool BetaStreets to show what Lewisham Gateway looks like now, and what it could look like if it was made ‘climate safe’ – with more people enabled to walk and cycle with wider pavements, more greening and cycle tracks, and less unnecessary motor traffic.

The #ClimateSafeStreets election campaign will use BetaStreets exclusively to showcase what iconic locations across London could look like made ‘climate safe’. LCC’s local borough groups and “Climate Safe Streets Champions” have been given access to build BetaStreets visualisations of streets in their borough to press council leadership candidates to take more action on making our streets safe and easy to walk and cycle on, and so slash carbon emissions. If you want to see how your street or town centre could look ‘climate safe’, contact your borough group today. To make it happen for real: lcc.org.uk/climate

The BetaStreets service takes an existing photo, lets you set a perspective line, then drag and drop street furniture, pavement, tarmac into place instantly – with the objects scaling automatically to the location ‘in’ the photo. This should enable transport industry professionals to produce visualisations much quicker, but the aim is also to broaden access for such a tool to a wider range of users – including campaigners who want to be able to communicate how a better, ‘climate safe’ future might look. That’s why it made good sense for LCC and BetaStreets to team up exclusively for the May 2022 London local elections. 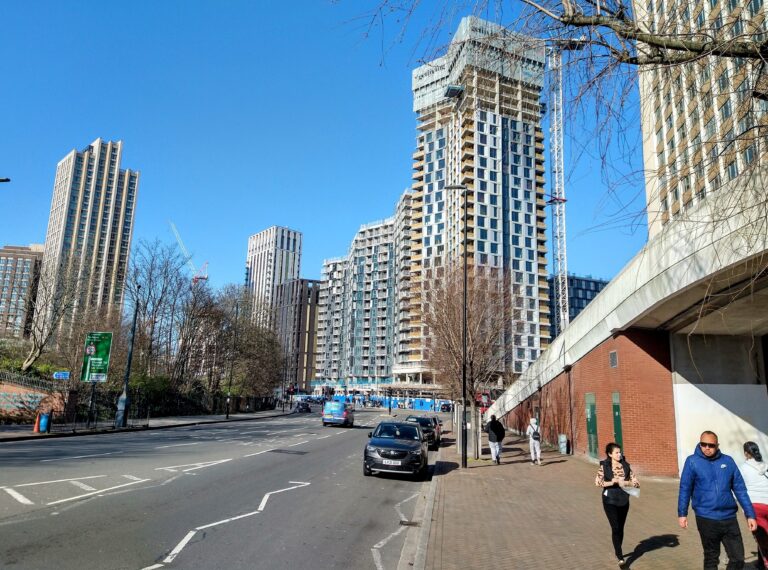 Lewisham Gateway as it is now 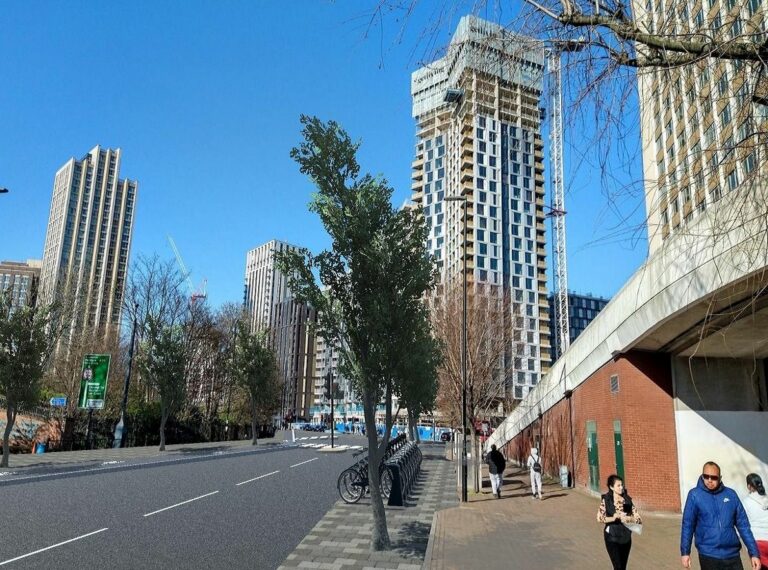 Those responding to LCC most frequently indicated the following as the worst streets in London:

A word from our CEO

From the press release…

“Londoners want to help tackle the climate emergency and lead healthier lives, by cycling more and driving less. But they can’t do so while places like Lewisham Gateway remain so hostile to walking and cycling. The window for action on the climate crisis is closing fast. As the cost of living spirals upwards because of our dependence on fossil fuels, those who win power in  May’s elections can and must do everything necessary to help Londoners save money and the planet,” Dr Ashok Sinha, CEO, LCC.