After ripping out seven Low Traffic Neighbourhoods, Ealing Council's funding is in danger.

Across London and the UK, Councils are being brought to book

Ealing Council had already been, along with six other London Councils (Harrow, Hillingdon, Kensington & Chelsea, Redbridge, Sutton and Wandsworth), publicly called out by both the Mayor and TfL and government and the Department for Transport. Outside London, Brighton, Liverpool and West Sussex were also named by Special Advisor to the Prime Minister, and former Cycling Commissioner, Andrew Gilligan.

All these councils now face having active travel and potentially all transport funding “stopped, pending further discussion”. Of the not so magnificent seven London ones, Hillingdon essentially did nothing during the crisis to enable active travel, while the rest all implemented schemes only to remove them shortly after and on very little evidential basis.

While other Councils think twice, Ealing doubles down

Ealing Council is the first to – having already removed one scheme in the middle of the school day, with schools forced to tell parents to exercise care with children cycling and walking home – rip out further schemes following the announcement, and to directly ignore new Network Management Duty statutory guidance brought in since the defunding announcement. It puts a high bar on councils removing schemes that Ealing clearly hasn’t reached. This week Ealing Council removed seven LTNs in total – and thus 54km of safe cycling routes in the borough.

The basis of the schemes being removed? It does not appear to be based on evidence or data. As indicated in this excellent letter by Ealing Cycling Campaign the council haven’t gathered the right data to make an assessment of the schemes, but what data is available is summarised in an officers’ report that largely shows the schemes not being a problem or working generally.

Repeat after us: a consultation is not a referendum

The removals appear to be solely – given they are against government policy, Mayoral transport strategy, TfL funding criteria and Ealing’s own Climate Assemby report and policies – based on a referendum-style consultation with residents. And this in turn was an online SurveyMonkey that is clearly not representative of the area’s residents and was widely held to be open to being gamed.

This approach of effectively voting for each scheme was proposed, almost demanded, by local MP Rupa Huq, ironically a member of the All Party Parliamentary Group for Cycling & Walking, despite it also being an approach that is explicitly advised against just about everywhere – including in government policy and our excellent report with Urban Movement on consultation and engagement.

An age range that is far more likely to own cars, and residents who were angry about the scheme, unsurprisingly were over-represented in the results – and as a result of a few hundred people voting against schemes, despite policy, evidence and even financial risk to Ealing Council, they’ve been ripped out.

The most obvious fallout from this debacle is not only Ealing’s parlous finances being slashed, but also that their credibility on and their commitment to fighting the climate crisis is now in tatters. The cabinet leader and portfolio holder have been keen, as have official council social media channels, to portray the actions as somehow being part of a bigger strategy on action on climate. And a now increasingly common bit of spin has been wheeled out, e.g. “We remain committed to active travel, but if we want to tackle the climate crisis we know we must take local people with us” said Cllr Deirdre Costigan, deputy leader and cabinet member for climate action.

In truth, the council’s new leadership, following the removal of Cllr Julian Bell as leader, who had instigated the schemes, failed to champion the schemes and then produced a consultation that almost appeared purpose-designed to return a negative result. Failing to explain why schemes are necessary, or even how or that they are working, then asking residents who are motivated by anger to decide something isn’t a good way to achieve action on climate. And it remains to be seen how Ealing now repairs its reputation on climate in the short space of time the cabinet has before local council elections in May 2022.

The cost of poor decision making

On top of publicly looking rubbish on climate, the councils inside and outside London on the naughty step now all face financial sanctions from TfL and DfT. “Pending further discussions” they are no longer eligible for any further active travel funding, some or all of them may not be eligible for any transport funding at all. And in London’s case, TfL may well be clawing back funding it has given out for schemes that no longer exist (with the council paying for removal of schemes on top).

Councils like Ealing now face, in the teeth of a national funding crisis, a real funding scare. It’s little wonder then that several other London boroughs that were talking openly about removing schemes have gone suddenly very quiet. And outside London we’re seeing in Cambridge, for instance, schemes going back onto the table fast, that were recently ripped out – with a new Mayor explicitly recognising that government funding is incumbent on delivery of schemes.

Ealing Council has already said that new cycle parking at stations cannot be delivered due to being defunded. Ironically, the likely smart way out of this crisis for the council is to deliver the racks itself – and reach into its own pocket. Ealing and other councils in London who don’t want to stay on the naughty step forever need to now demonstrate real commitment to active travel and climate action – to be bold and move fast and show leadership. What better way than reaching into their own back pockets as a starter?

Until that happens, Ealing Council is set to rapidly become a case study in how not to take action on climate, how not to deliver on active travel and how not to show leadership, sadly. 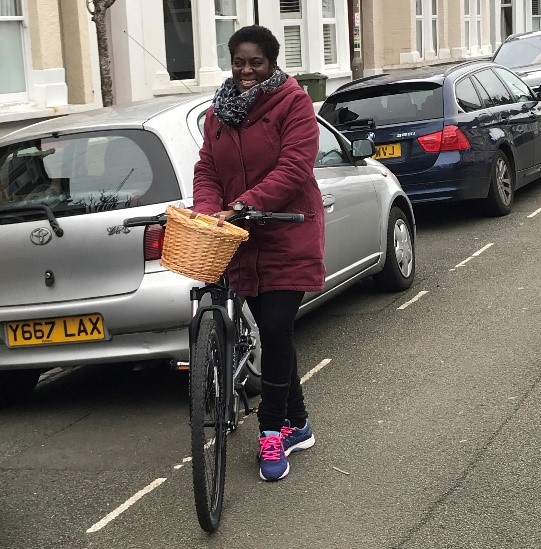