Londra Bisiklet Kulübü, or the London Cycling Club is a project based in Edmonton around Turkish and Kurdish community centers.

Their aim is to get more people cycling from in and around the local community, with particular emphasis on women.

When LCC heard about 168 bikes that needed a home, we immediately thought of Londra Bisiklet Kulübü (LBK). In December 2021, LCC helped link up the project with a very generous donation by Bikester through the #BikeIsBest campaign. Ozgur and the other volunteers at LBK have gone on to use these bikes to enable more people who wouldn’t or couldn’t have otherwise have cycled to do so.

These donations were made possible by;

Prior to this donation, LBK had ran a project to give away bikes to low income women in the community. They had over 350 women register their interest despite having just thirty bikes to give away. Having received the new stock of bikes, they donated many in turn to other Turkish and Kurdish community centres in order to replicate the LBK concept across North and East London.

They also wanted to make links with local schools, NHS workers and other community projects including The Outside project; an LGBTQI+ community center and shelter based in Southwark. A number of bikes were donated to The Outside Project as well as to a local school; the teacher who arranged the donations had learned to cycle herself as an adult with the LBK volunteer trainers.

LCC went up to Enfield to visit LBK and we heard from many women in the community that they were not allowed to cycle as girls growing up due to cultural barriers. They also felt discouraged from engaging as they grew up. These barriers are often exacerbated by other factors such as advertising which often encourages the image of the ‘cyclist’ as being a white male riding for sport rather than as a utility for everyone. LBK has been giving women the opportunity to learn to cycle with the help of their volunteer instructors and the stories they have to tell are immensely inspiring.

Iman is a local Enfield resident and has learned to cycle as an adult. She has experienced the stigmas around women cycling first hand and has managed to overcome these barriers with the support of LBK.

“The teachers here were so encouraging. To be able to cycle felt incredibly liberating. I hope I will be a cyclist for life.” 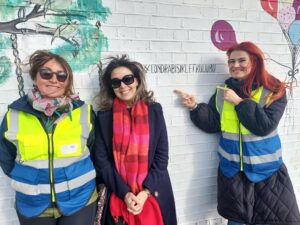 LBK also run numerous training programs for children to help them learn to cycle at an early age. We heard from Sultan, the mother of a young girl called Eftalia who has hemiplegia and visual impairments. Sultan was left without hope that Eftalia would ever be able to cycle until she found LBK. She decided to bring Eftalia along to a training session and has been blown away by the support of the team.

“It was a miracle for her to cycle. Her dad and I were in tears when she first set off on two wheels. Thank you so much to all the trainers and volunteers.” 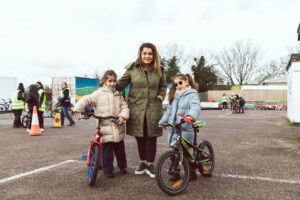 Eftalia’s story is a fantastic example of what is possible when support and facilities are made available. Her parents are hopeful that cycling will continue to be a great help for her, both in terms of her health as well as her long-term independence.

We’re continuing and expanding our support of grass roots groups like LBK who share our aims of making cycling more accessible to those who face extra barriers.

Support our work to make cycling safer and more accessible for all across London. Thanks to our 10,000+ members, our voice is heard and we get real change across the city. 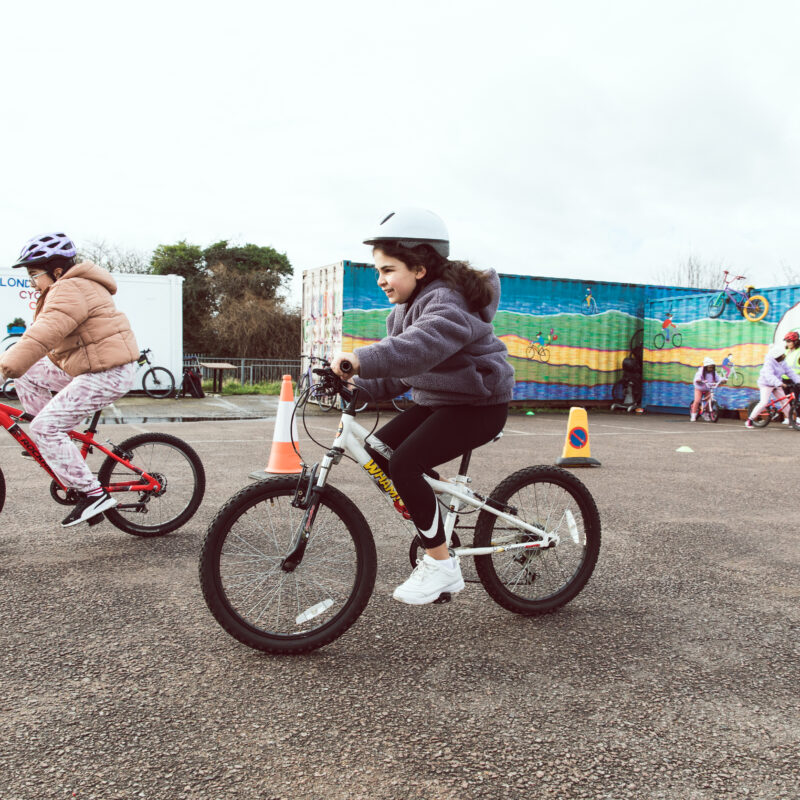