With stone buildings and cobbled streets wedged into the steep-sided Upper Calder Valley, the former mill town of Hebden Bridge is the arty, tech-savvy, LGBTQ+ friendly, hipster capital of the South Pennines. It’s a perfect base for exploring the hill country on the border between Yorkshire and Lancashire, which sees none of the summer crowds that flock to the Lake District and the Yorkshire Dales. This route is 38km (24 miles) and mostly flat and traffic-free with just one big climb to Blackstone Edge, a wild and windswept spot described by Daniel Defoe as “the Andes of England”.

Here the route leaves the tarmac for a superb traffic-free gravel section around a series of reservoirs before slowly descending on quiet country lanes back to the Calder Valley for a return on the riverside cycle path. The route is family- friendly, on towpaths, gravel tracks and cycle ways, though the climb from Littleborough to Blackstone Edge is on an A-road with a cycle lane.

MAP: You can find an online map and gradient profile atlostlanes.co.uk/a-calder-caper

‘Tod’ for short, is a little rougher around the edges than Hebden but has a strong claim to be the most green-fingered town in Britain. Its Incredible Edible urban gardening project has seen little plots of land all around the town turned over to growing fruit, vegetables, herbs and bee-friendly flowers. The produce is all free to pick and enjoy and the idea has now been emulated in dozens of towns and cities across the country. All around town the word ‘kindness’ is spelled out in bold white letters, Todmorden’s version of the Hollywood sign. The Rochdale Canal was opened in1804 as the main highway of commerce between Yorkshire and Lancashire until the first trans-Pennine railway opened in 1840. Engineered by George Stephenson, the ‘father of the railways’, the rail line negotiates the summit pass through a 1.5-mile long tunnel cut by an army of men and boys armed only with hand tools and candles, 28 of whom were killed in accidents. Above the tunnel, the Pennine watershed is marked by a cast iron bench and a poem by Barnsley poet Andrew McMillan.

At Littleborough the route leaves the canal and heads up hill on what is undoubtedly an ancient way across the Pennines. Cutting tools made from flint, a stone which doesn’t occur naturally in West Yorkshire, have been found here and dated to 10,000 years ago. A little way higher up there are a couple of 19th-century milestones to spot. At the top is a brief but sublime detour on a track along the top of the escarpment beside the reservoir. The glass and steel towers of Manchester are clearly visible, and on a fine day you can see the mountains of North Wales. The bare hills, the pylons leading off into the distance, the cold dark reservoirs with their windblown wavelets, wind-hewn rocks and abandoned quarries make it a perfect — and popular —location for moody album cover or fashion shoots. In all this solitude it is hard to imagine the scene in 1846 when 30,000people from nearby industrial towns gathered here under the Chartist banner to talk radicalism, political reform and workers’ rights. The event is commemorated every year with a walk and a picnic where radical songs are sung.

Visible from the track is a slab of weather-sculpted millstone grit, the size of a house. It is part the old Cow’s Mouth quarry works. On it is carved a poem by Simon Armitage entitled ‘Rain’. Appointed Poet Laureate in2019, Armitage hails from Marsden, just a few miles across the moor. The route turns right at the second of a series of reservoirs, but if you carry straight on for 2.5 miles on an increasingly uneven track you will eventually reach Gaddings Dam.

Here a small patch of golden sand made national newspaper headlines as England’s highest beach, accompanied by the inevitable photos of bikini-clad hedonists soaking up the rays. The reservoirs were built to supply water to operate the locks in the canal, and gravity is also on hand to take you back to the Calder Valley. The Blackstone Edge road (B6138) is the longest continuous descent in England: five miles long, with a drop of almost300 metres. It passes the village of Cragg Vale, the base of the infamous gang of ‘Coiners’ who, in the late18th century, supplemented meagre earnings from weaving by shaving the edges off coins and smelting the shavings to make counterfeit coins. So big was their ‘yellow trade’ that its effect on the money supply spooked the Treasury. The law caught up with them in the end, and their leader ‘King’ David Hartley was hanged at York (his grave is in Heptonstall churchyard). The story, the landscape and the brutality of life in those times are brilliantly conjured in visceral detail by local author Benjamin Myers in his novel The Gallows Pole. Though the longest descent in England has an obvious appeal, more rewarding in terms of great views and quiet lanes is the route via Sykes Gate, Holly Hall Lane and Long Causeway. Back in the Calder Valley at Mytholmroyd, turn left on NCR 68 to follow the riverside cycle way back to Hebden Bridge. Hopefully you’ll have allowed time for a beer in the sunny courtyard of Calan’s micro pub. 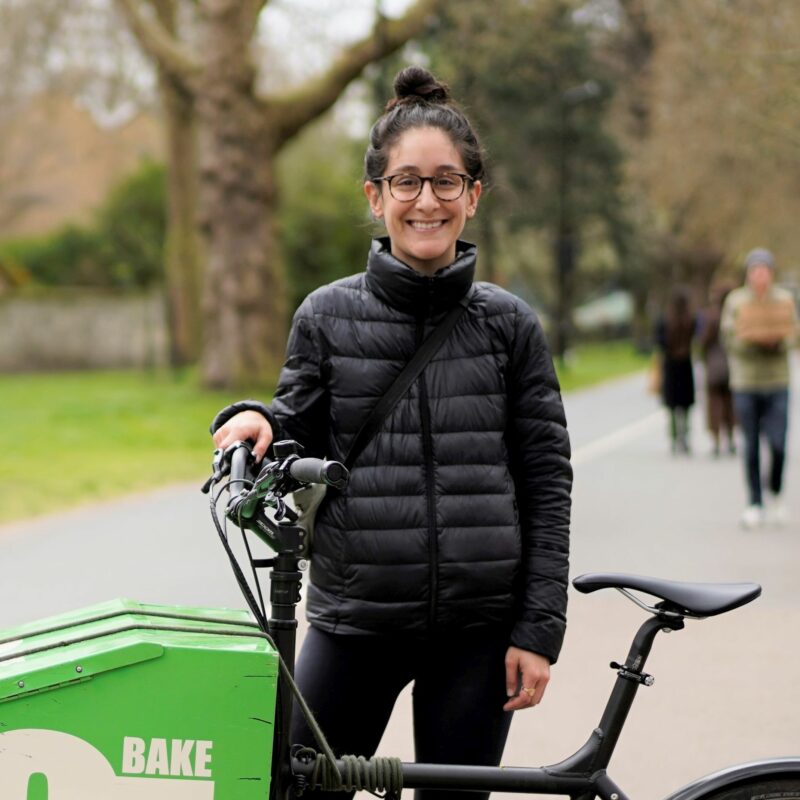