The Cotswolds In Comfort

Long hailed as one of the most scenic areas in the UK, the Cotswolds is a perfect place for cyclists who enjoy variety in their routes as the area is defined by its rippling terrain. Known for its honey-coloured, quaint villages which are peppered with wandering streams, sheep-clad lush hills, and local pubs that serve up welcoming gourmet plates, cycling through the area is a delight on all levels.

This circular route starting from Barnsley in Gloucestershire takes in some of the best views and locations, running alongside the River Windrush and through villages like Bourton-on-the-Water and Bibury before looping back. There’s also the option of an extra trail to take in Upper and Lower Slaughter, two incredibly picturesque Cotswolds villages and some of the area’s most famous spots. The ride includes small country lanes, passing under the A40 to Farmington, and several inclines to keep things interesting.

DISTANCE: 75km/47 miles (including the additional loop to Upper and Lower Slaughter of 8km/5 miles)

SUITABLE FOR: any hybrid, road, gravel or e-bike. It’s almost all on tarmac.

NEAREST STATIONS: the route can be slightly adapted to begin and end at Cirencester station, which has regular services direct to London Paddington.

This route is very easy to follow. If coming by train, the nearest station to the start is Cirencester, which is just a few miles south-west of Barnsley.

The route begins and ends at Barnsley House, a luxury hotel just outside of Cirencester. Barnsley’s history dates to the Iron Age settlement in Barnsley Park, later occupied in the second century by a Roman villa. After the capture of Cirencester in 577, a Saxon village called Bearmodeslea (Bearmod’s glade) was known to exist here. Now, as you head north, the initial section of the route starts off on a steady incline taking in surrounding views, warming you up for the undulating ride ahead.

Heading in via Town Row and College Row, the market town of Northleach is the first major stopping point along the route, with several good pubs, as well as a general shop for picnic supplies or snacks. The town itself is set in a valley along the River Leach, and is home to one of the Cotswold’s ‘wool’ churches, the 15th-century building paid for by the local wool merchants at the time and built with stone from its own quarry. The church was restored between 1877-1884 to designs by the gothic revival architect James Brooks. From here, take Farmington Road out of the town north-east towards Farmington. For a shorter ride you could now head eastwards to Burford, but the additional leg north is highly recommended.

Peaceful country lanes await as you head towards one of the Cotswolds’ most picturesque villages. Bourton-on-the-Water is known as ‘the Venice of the Cotswolds’, thanks to the village straddling the River Windrush and the many beautiful low bridges and traditional stone houses that are found there. Much of the village centre is designated a conservation area. The earliest evidence of human activity locally was found in the Slaughter Bridge gravel-spread, where Neolithic pottery (dated c.4000BC) was discovered. From Bourton-on-the-Water, you can opt to take the extra loop up to Upper and Lower Slaughter, crossing the A429 to head north and taking on one of the route’s best inclines as you go, heading back at the top of Upper Slaughter to come back down Copsehill Road.

Burford is another perfect place along the route to stop for refreshments, with plenty of pubs and cafes. From Burford, as you leave the town via Tanners Lane, the route takes on lots of smaller, more rural roads past rolling green countryside. It’s a beautiful part of the route, taking you across the River Leach again and along the Roman Road, making for a gentle extended section where you can take your time to soak up the scenery, before heading to Coln St Aldwyns.

The villages of Coln St Aldwyns and Bibury are the two final highlights of the day before arriving back at Barnsley. Nestled in the Coln River valley, the area features plenty of quaint Cotswold stone houses and a Norman church. Coln St Aldwyns has a grade II listed church and was mentioned in the Doomsday Book. Bibury, slightly farther along the route as you take Salt Way out of Coln St Aldwyns, is also nestled in a curve of the river. The stunning stone cottages of Arlington Row form a nationally notable architectural conservation area depicted on the inside cover of all British passports. Finally, head back along the B4425, turning off left to meet the Welsh Way for a last gentle spin before route’s end. 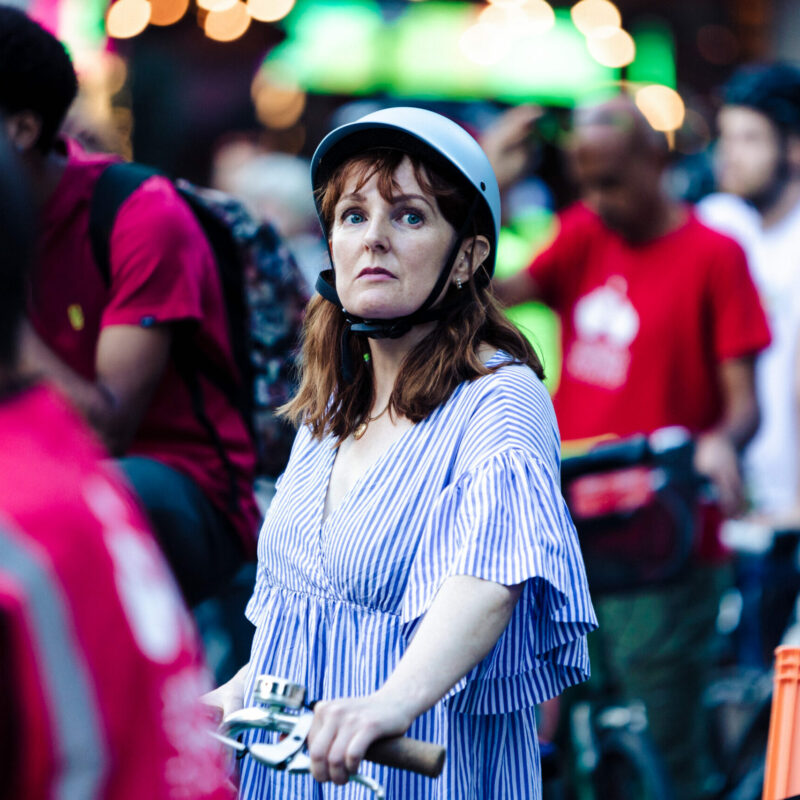