Bring back the tracks

What is happening in Kensington and Chelsea? Vested interests or a failure of local democracy?

What’s the story so far?

An independent survey of 1,000 residents of the Royal Borough of Kensington & Chelsea (RBKC), carried out for Transport for London (TfL) shows the majority support reinstating the Kensington High Street cycle tracks, undermining a key reason given by the council for removing them (before they’d even been fully installed).

In December, RBKC removed the protected bike lanes that had been in for just seven weeks, citing opposition from businesses and residents. Yet the survey by market research company ICM Unlimited found 56 per cent of surveyed residents back the tracks, compared to just 30 per cent who oppose them.

Asked about safer cycle routes across the borough in general, 65 per cent were supportive and only 16 per cent were opposed. Even asked specifically about the council introducing “protected cycle lanes on main roads”, 55 per cent of residents supported the approach, while less than a third opposed.

These figures build on data showing that the Kensington High Street tracks were well used, with more than 3,000 cycle journeys a day. Their reinstatement is now being called for by a coalition of more than 70 organisations (and rising) drawn together by Better Streets for Kensington and Chelsea, including more than a dozen local schools, NHS trusts and universities.

Widespread support among institutions and indeed businesses along Kensington High Street itself is unsurprising given how many workers, students and were using the tracks to cycle in the borough, and given that prior to the tracks going in, the road was one of the most dangerous in the borough, with 15 people killed or seriously injured while walking or cycling here over the past three years. 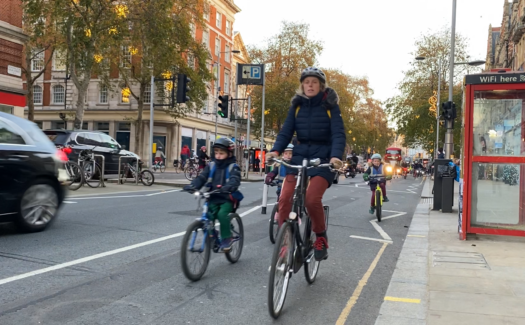 300%
The increase in cycling along the route after the installation of the protected cycle lane. 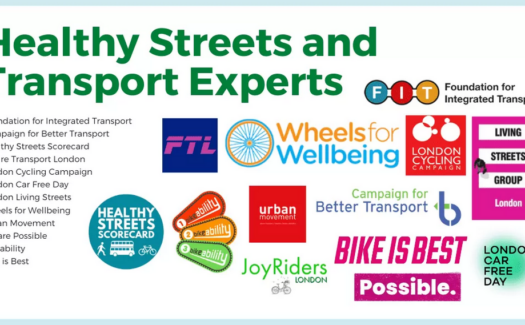 70+
Organistations in K&C, including major hospitals and businesses, supporting the protected cycle lane. 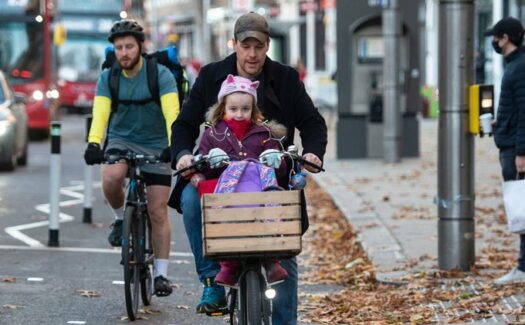 ZERO
The number of criteria or metrics used to assess the scheme before it was ripped out. 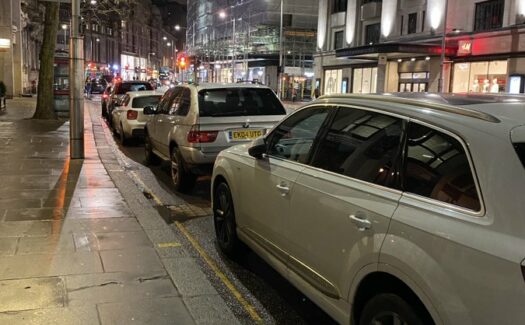 80%
Amount of time the space reclaimed by removing the cycle lane has been blocked by parked cars.

RBKC vs The evidence

The welter of data and evidence that backs the introduction of the scheme and its retention, and indeed highlights a stark difference between what the council says residents think, and what residents surveyed actually say, highlights the council’s poor record on and approach to consulting residents.

In 2019 the council blocked TfL plans for safer walking and cycling measures on Holland Park Avenue and Notting Hill Gate, a route that has seen hundreds of people seriously injured in collisions, after objections from residents associations – and before the TfL consultation had run its course. In 2020 the Kensington High Street tracks were removed without any consultation at all; indeed, without any formal meeting or discussion inside the council whatsoever.

The results of the survey not only throws into doubt the methods used by RBKC to consult and engage with residents, but the borough’s over-reliance on the views of residents’ associations that clearly do not represent the borough’s residents as a whole, and the borough’s unwillingness to use good evidence, data and its own policies to inform its political decision-making processes. As a result, the borough faces several potential legal challenges over the decision (or lack thereof) to pull the scheme before it was even complete.

In what appears to be an attempt to dodge these legal challenges, on 17 March the council will “revisit” its decision to remove the cycle tracks. London Cycling Campaign continues to call for these to be reinstated. RBKC has said repeatedly it wants to tackle road danger, it has declared a climate emergency and it wishes to be a ”leader in active travel”.