£100m for cycling and walking in DfT-TfL deal

The Department for Transport and Transport for London have agreed a funding deal for London’s transport systems until December 2021. What does this mean for cycling?

The pandemic has grievously impacted Transport for London’s finances: TFL is ordinarily financed at the ‘fare box’, i.e., by billing people for using the buses, London Underground, and other services. Demand for these services collapsed, for obvious reasons. Consequently, TFL has been ‘kept afloat’ by injections of cash from the Department for Transport. This is the third short-term settlement of TfL’s finances since the start of the Covid crisis. This is an update on what this latest agreement means for our campaign for safer and more enjoyable cycling in London.

The deal, in which TFL receives a cash injection of around £1 billion will keep the London Underground and buses running, as the capital continues to unlock and move out of crisis mode. However, as with previous settlements, the Mayor has had to make significant commitments to change at TFL.

The government’s general approach with TfL has been to expect the authority to run without any subsidy from the UK treasury. This stands in stark contrast with the public transport systems of just about every other large city around the world. And in the latest settlement, the Mayor has committed to finding £300m of savings (or “new income sources”) in the next year, and a further £0.5bn “increased or new income sources” each year after. TfL’s pension scheme is specifically targeted, and further train automation is on the table too. The Mayor has said the government wanted to cut much further, faster, and that his deal has avoided “huge cuts to transport services equivalent to cancelling 1 in 5 bus routes or closing a Tube line”.

The Mayor has been clear that TfL is investigating alternative funding streams – but there are no easy answers to this one. Sadiq Khan has already mooted a “boundary charge” for motorists driving into London from outside, or London retaining its share of vehicle excise duty (VED), the charge levied on motor vehicles relative to their size, weight and pollution impacts according to Department for Transport criteria. But both of these options have been ruled out by the government. LCC’s position is that the obvious option, now, is to  roll out “smart road user charging” as we called for in our “Climate Safe Streets” report. Put simply, this means a new system which bills motor vehicle operators for usage of the London road network. This would not only encourage drivers doing unnecessary motor vehicle journeys, reduce carbon emissions and make for a simpler way of charging drivers, it would also be a vital funding stream, given the financial situation. It can’t be right that public transportation users ‘carry the can’ with increased fare costs.

Other specific strings the DfT has attached to the deal are that TfL has to hammer out a deal on repairing Hammersmith Bridge (“initially to pedestrians, cyclists and river traffic and, depending on cost, to motorists”), and provide “at least £100m to continue the delivery of active travel schemes” in this funding round. 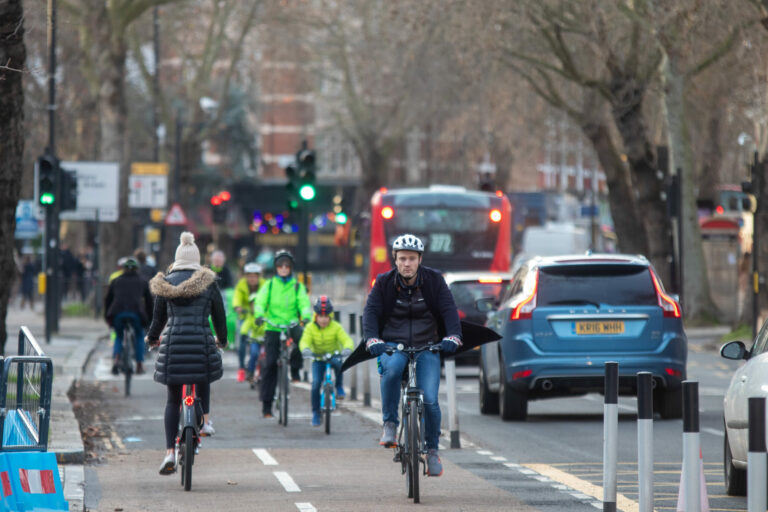 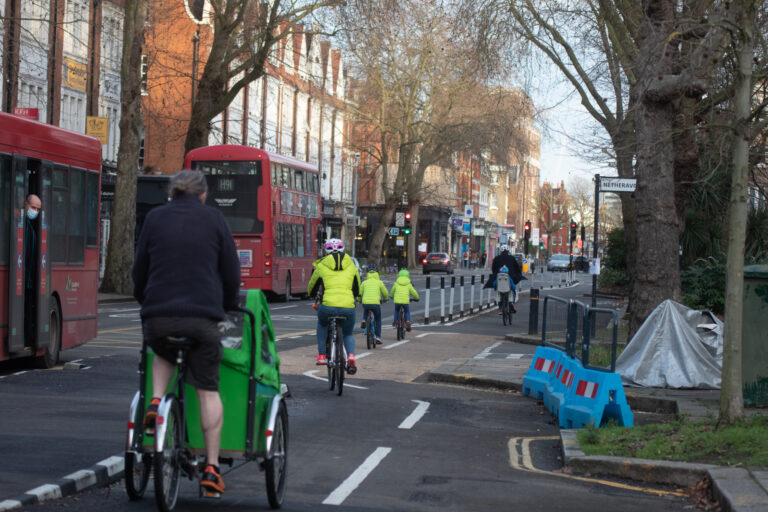 As per the agreement, TfL must commit at least £100m on walking and cycling before December 2021. More money of this kind is always welcome. However, that figure might include TfL work on enabling walking and cycling across Hammersmith Bridge to resume. And… prior to the pandemic, TfL and the Mayor had committed to spending more than that on cycle infrastructure alone.

What we expect to see next from TfL and London Councils

The pressure is now on TfL and London’s Councils to engage and consult with residents in delivering substantive schemes that enable cycling as mass transportation, particularly around bus stops, safe routes, and making London’s junctions safer. But also to do this work at a brisk pace, to support an economic recovery from the pandemic. It is crucial that Londoners and visitors can safely and enjoyably travel in London. More than 1 in 7 Londoners work in the hospitality and culture sector, which can’t function without customers at the doors. The Mayor is now pushing ahead with a campaign to support exactly this, called #LetsDoLondon.

But in the longer term, the Mayor needs to meet his aim to make London carbon neutral by 2030. To do this, London needs a pace of delivery that’s closer to what was managed during the crisis than the years before, and we need delivery of bold, transformative schemes that could well see opposition, rather than the stuff many boroughs used to do where public realm improvements were prioritised over roadspace reallocation.

What to expect from LCC going forward

LCC will be keeping the pressure on TfL, the Mayor and boroughs to deliver like there’s still crises we’re facing, there’s still an emergency. Because there still are: climate, inactivity, air pollution, road danger. And we’ll be working with our local borough groups to ensure the money goes where it’s most needed in London, but also where it will be used well.

We’re also really excited to be joined by two fresh faces to the LCC team: more about them soon, but in summary, they will both be specifically working on supporting community volunteers and campaign groups at a borough level.

How you can help

Our campaign is supported by regular people across London. Your financial support as a member is what makes our work possible. If you’re not an LCC member, please join us today: we offer concessionary membership rates for unwaged people, health and care sector workers, and for younger and older age brackets. It would be a privilege to have you in the team, which also includes membership with your local campaign group.

All the latest cycling news, campaigns and information from London and your area, straight to your inbox.