We were saddened to hear of the death of 29 year old Jack Ryan, who was killed while out jogging at this junction recently and to see blame for the ongoing unsafe conditions here tossed back and forth between TfL and Kensington & Chelsea council (RBKC). The current junction design has all the worst aspects of motor traffic being prioritised at the expense of the safety of vulnerable road users - there have been a staggering 27 injuries in just the last two years.

The failings of the current design

There are no pedestrian phases on any arm of the junction - pedestrians must just make a dash for it and on some arms there is never a time when there is not potential for turning vehicles. For cyclists heading east or west there is both a hook risk from turning traffic and two straight-ahead traffic lanes creating conflict and distraction for drivers as they merge on the far side. Notably the majority of injuries suffered at this junction are to cyclists - while it is absolutely vital pedestrians get a safe junction here, it's just as important that the danger to people cycling is also addressed.

This is a junction that lacks even the most basic provision for people cycling. Every other junction on Embankment has an ASL (advanced stop line - aka 'bike box') - what is a cyclist supposed to do when arriving at the head of a queue of traffic to find there isn’t one here? Of course, ASLs don't remove hook risks, just slightly reduce them, and they certainly don't create comfortable cycling conditions for a wider range of people to cycle. They'd be quick to install, but longer term this junction needs more substantial changes than just a few sticking plaster ASLs. 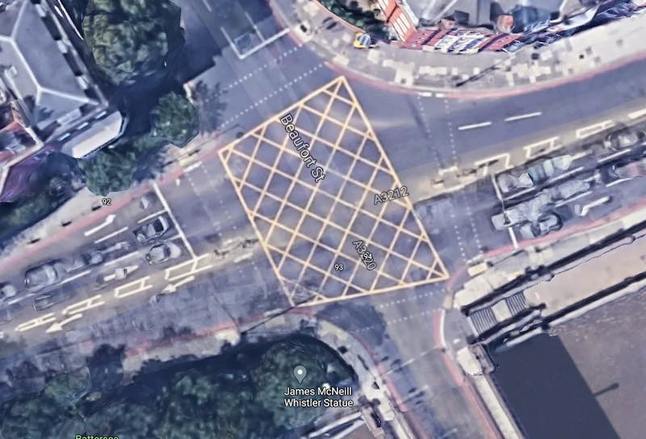 The risk created by the current multi-lane arrangement is shown clearly in this incident from 2017 which could have ended very differently for the rider. 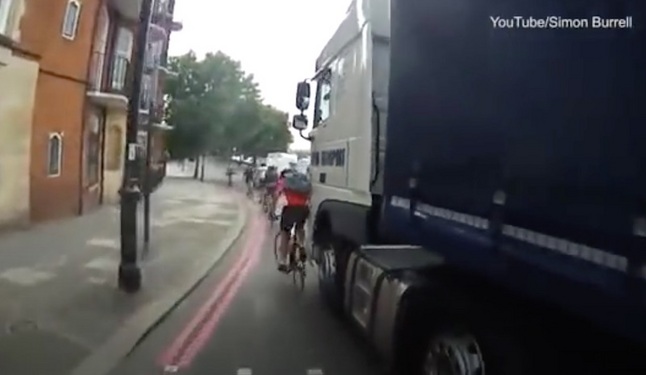 Even with conditions as hostile as they are now there is considerable cycle traffic (and since there is no safe east-west route on *any* of RBKC’s roads there are not even safe alternatives for cyclists prepared to go out of their way).

The changes that need to happen

Putting vulnerable road users first at this junction would mean signalised pedestrian crossings on all arms, turns banned to remove left hook risk and, in the absence of proper protected cycling, a single straight ahead lane to remove that merge danger. East of Battersea Bridge the Chelsea Embankment has a wide single lane which encourages dangerous undertaking - ultimately CS8 style protected cycling needs to continue west from Chelsea Bridge as TfL’s Strategic Cycling Analysis clearly shows the potential and demand and there is sufficient space. 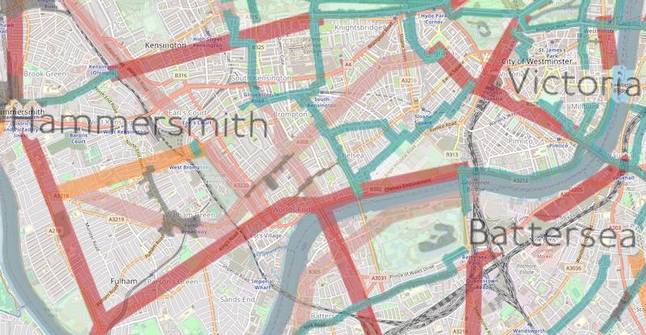 We hope that RBKC and TfL will now work together to make this junction safe for all users. On one side, that does mean TfL putting its ever present worry about bus and private motor traffic flows as lower priority than safety; on the other it means politicians in RBKC and nearby who have long histories of opposing anything for cycling (and particularly anything such as banned turns that annoys or inconveniences driving residents) accepting the need for traffic controls at junctions such as this and recognising real safety concerns for cycling both here and elsewhere.