What has the Department for Transport published?

The Department for Transport (DfT) has published a ‘Transport decarbonisation plan,’ which purports to set out how the UK will drive down carbon emissions in our national transport system, which includes international travel and freight. We’ve picked over this announcement to analyse what that really means, relative to our campaigning aims to make cycling an enjoyable and safe mode of transport.

Mixed messages from the DfT

“We will still fly on holiday, but in more efficient aircraft, using sustainable fuel. We will still drive on improved roads, but increasingly in zero-emission cars. We will still have new development, but it won’t force us into high-carbon lifestyles,” says Minister of Transport Grant Shapps in the introduction.

Yet the document also says: “We cannot pile ever more cars, delivery vans and taxis onto the same congested urban roads. That would be difficult for the roads, let alone the planet, to tolerate. As we build back better from the pandemic, it will be essential to avoid a car-led recovery”

Devil is in the detail

It takes a deep dive into the fine print of the 220-page document to see past the rather contradictory headline quotes and discover what real action is planned and what targets are being set. This brief review concentrates on road transport.

This ambition, attributed to the Prime Minister personally (unlike most other commitments in the document), is a laudable one – if it is supported by continued funding (beyond the £2bn promised) and by political will across England.

Pre-pandemic walking and cycling accounted for about 29% of trips in London (in England the figure was about 27%) but it soared to 46% during lockdown (partly because public transport use fell). Active travel to schools can easily exceed 50% already and needs a higher target than the 55% walking aim set by the government.

Achieving 50% active travel (post-pandemic) overall by 2030 will undoubtedly require retaining most of the good temporary schemes on our roads and installing many more along with adequate storage and parking solutions for shared and private micro vehicles.

(Consult on) new vehicles to be emission-free by 2040

This headline was much repeated in news coverage and rightly so – currently, the number of emission-free HGVs in use in the UK is a few dozen and manufacturers are only just announcing new electric and hydrogen-powered HGVs. But dig a little further and you find that the ACEA, The European Automobile Manufacturers’ Association, is also committed to producing only emission-free vehicles by 2040.

So while the government is only consulting on this essential aim it appears the manufacturers have already backed it. And we say essential because  HGV’s are replaced every 7 -10 years so unless the 2040 fossil-fuel-free new vehicle deadline is met operators will still be buying diesel vehicles that will stay in service until the 2050s.

One element of the government proposals is a ‘mandate’ that would oblige manufacturers to only sell emission-free vehicles from 2040.

£27bn for road building to stay

Despite the recognition that “we cannot pile ever more cars, delivery vans and taxis on to the same congested urban roads” Minister Grant Shapps remains committed to a £27bn road building and maintenance budget.

“Continued high investment in our roads is therefore, and will remain, as necessary as ever to ensure the functioning of the nation and to reduce the congestion which is a major source of carbon. Almost half of our £27 billion programme for England’s strategic roads, though often described as for roadbuilding or capacity expansion, is in fact for renewing, maintaining and operating the existing network, or for funds to improve safety and biodiversity, deliver active travel schemes and tackle noise or pollution.”

We are not aware of a breakdown of the £27bn that identifies how much will be spent on active travel over and above the £2bn already allocated.

Critical, if dull: review the National Policy Statement (NPS) of 2016

Five years on from the National Policy Statement on the national road network, we are still governed by the non-sustainable principles it established before the government and many local authorities recognised the gravity of climate change. Reviewing and radically changing it is essential. Here are some quotes from the NPS of 2016:

The Mayor of London has recognised that we can’t road build our way out of congestion, pollution and climate change (and, judging from the quote at the top, the government agrees). The London target is to reduce daily car journeys by 3m (as we move from 63% public transport walking and cycling to 80%). If the national government wants to increase walking and cycling to 50% of trips it cannot be spending £27bn of new money on roads which, like the walking and cycling money, could help sustain motoring growth.

The government says its “committed to transforming the last mile into an efficient and sustainable delivery system.” And it says it’s looking at vehicles like e-cargo bikes and improvements to the logistics system.

One measure it proposes that may be significant is a commitment to review the “Traffic Regulation Order (TRO) legislative framework”  and also  “consult on improvements that could deliver near-term carbon savings by reducing the number of vehicle movements later in 2021.”

What LCC wants to see instead

We are in a climate crisis. But from reading this announcement, you wouldn’t know it. We need bold and urgent action that makes London’s transport system zero-carbon by 2030. And slashing the volume of driving, and enabling cycling as mass transport, must be central to that.

We urge the Government to reflect on our Climate Safe Streets report’s plan to achieve that. The report can be read in full, for free, here.

We’ll be working hard to hold authorities across London accountable for how they act in these crucial years in which we’re starting to see the worst of the climate crisis boil over across the world.

You can watch our short video about why this is so crucial, below. Please share it with your friends. 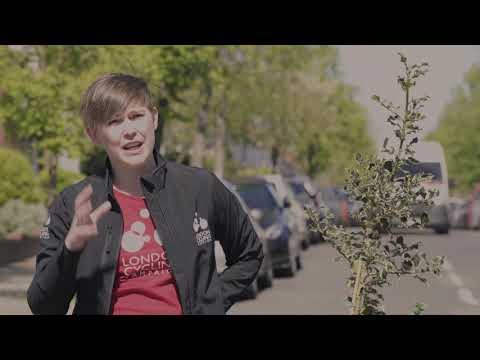