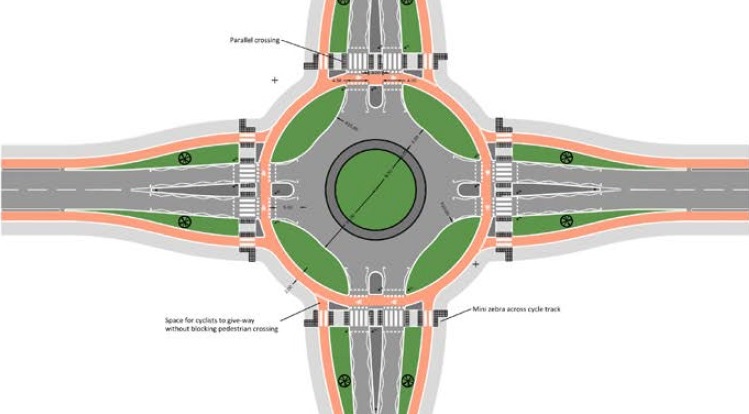 The DfT has finally released LTN 1/20 “Cycle Infrastructure Design” as part of yesterday’s “Gear Change” announcements. This long-awaited and much-needed manual is a how-to guide for highways engineers and borough officers to design cycle schemes and highways schemes for cycling, and its last update was over 10 years ago, But is it worth the wait and how does it compare to the London Cycling Design Standards (LCDS) from TfL and their cycle scheme Quality Criteria?

The good, the meh and the ugly

Most of the document is excellent, and below we quote a few choice bits that are found at the start. These are the best of the document – the general principles set a bar for engineers that is far higher than ever before, and the document lays out clear consequences for those who fail to clear the bar and indeed coherent pathways to clear it. And much of the design detail that follows is excellent - if largely very similar to TfL's LCDS.

The introductory sections provide a very clear set of guiding principles on design and vision for roads design. The “Summary Principles” of the document include stuff like “Cycle infrastructure should be accessible to everyone from 8 to 80 and beyond”, “Cyclists must be physically separated and protected from high volume motor traffic”, “Cycle infrastructure should be designed for significant numbers of cyclists, and for non-standard cycles”, “Consideration of the opportunities to improve provision for cycling will be an expectation of any future local highway schemes funded by Government”, and perhaps best of all “All designers of cycle schemes must experience the roads as a cyclist.”

More, the bar for funded schemes is clear: “Only schemes with a minimum score of 70% under the CLoS, no critical fails and under the JAT no red-scored turning movements will generally be considered for funding. Where schemes are proposed for funding that do not meet these minimum criteria, authorities will be required to justify their design choices.”

If those words sound vaguely familiar, they’re taken almost direct from our consultation responses. For years we’ve been calling for a minimum “Cycling Level of Service” (CLoS) score of 70% which would put most highways schemes at a similar level to most Dutch schemes. And the “critical fails” on CLoS are the objective no-nos – the worst of the worst elements of schemes such as major hook risks or being asked to share with high volumes or speeds of motor traffic.

Similarly “red-scoring” Junction Assessment Tool turn movements would be where those cycling are at significant risk from motor vehicles cutting across them – the dreaded “hook” risk. 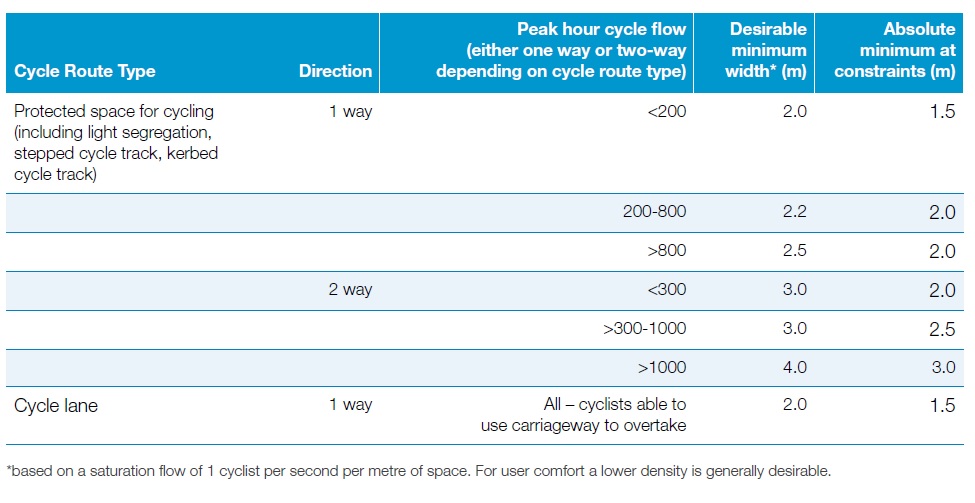 Also good – that focus on cycling as a mass mode of transport means the minimum width for cycle tracks and lanes is 1.5m. In London we routinely see even good schemes dip below that around bus stops etc. So the focus on ensuring schemes aren’t low capacity is very welcome.

There's also, for engineers and practitioners who aren't already using LCDS or other high-quality UK cycle design guidance, lots of good images and guidance on how to achieve good outcomes (like the roundabout at the top). 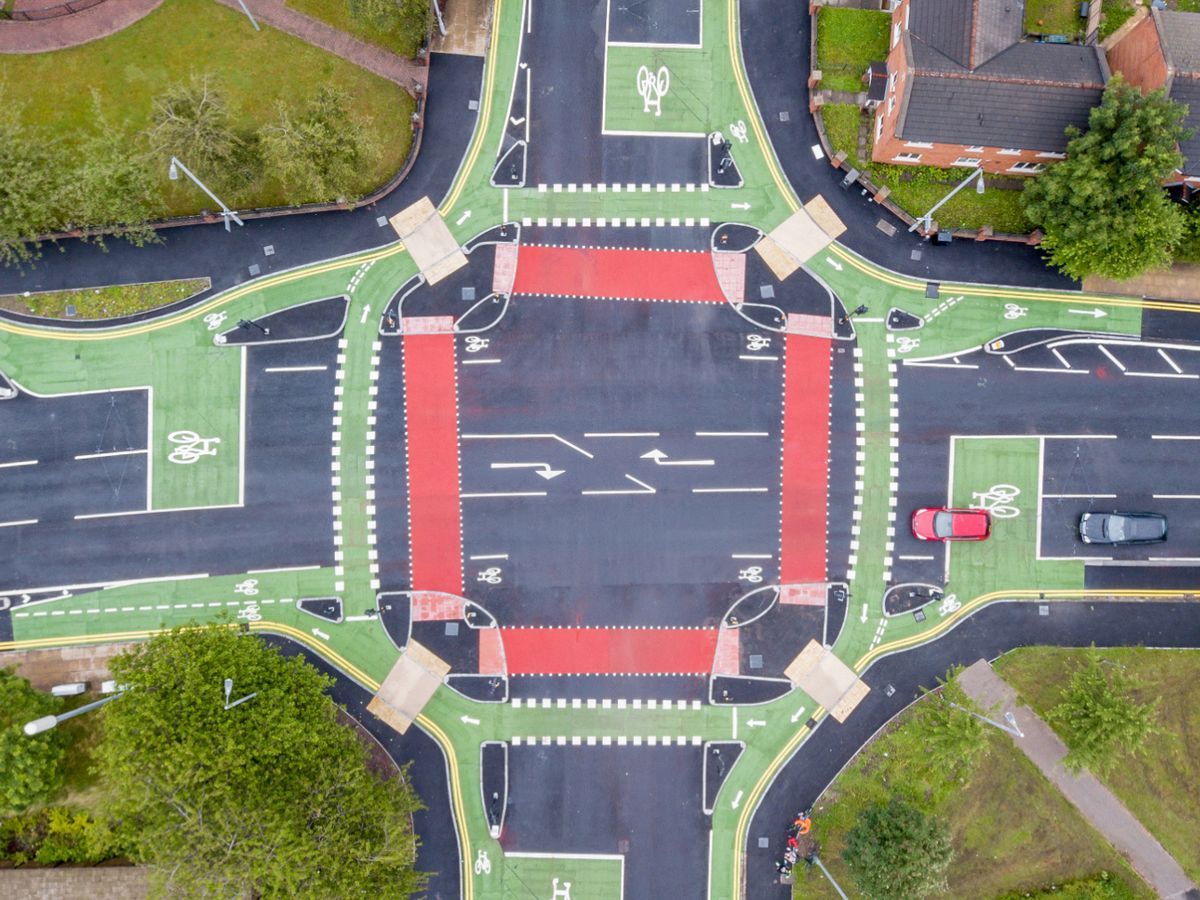 This document has been on the shelf for a while, waiting sign-off from the bosses at government and DfT. And it shows.

Britain now has at least two of what the document calls “Circulating Cycle Stage” junctions, one in London, both very highly thought of. The Argall Way, Orient Way, Lea Bridge Road junction in Waltham Forest’s mini-Holland programme and Manchester’s first “CYCLOPS” junction both feature parallel cycle and pedestrian signalised crossings at a crossroads. The CYCLOPS approach of putting pedestrian crossings closest to the junction unlocks the approach for many UK junctions, because as a result, the junction doesn’t impact motor traffic capacity, while keeping cyclists and pedestrians protected from traffic.

Both examples are massively well thought of among progressive engineers and campaigners, but the guide simply says of them: “only a few examples of this type of junction have been constructed in the UK at present and therefore any new installations should be monitored closely so that any necessary adjustments to the layout may be made post-opening” and no technical diagrams are provided for the approach. Hardly a ringing endorsement to build these, sadly.

Similarly, there’s missed opportunities to look at “forgiving” kerb designs between cycle track and pavement, and “continuous footways” or “blended crossings” are underplayed, while “Bus Stop Boarders” could have been researched more to see what best practice should be. Of course this isn’t a reflection on the general quality of the document so much as its age and the relative newness in the UK of some of these approaches. 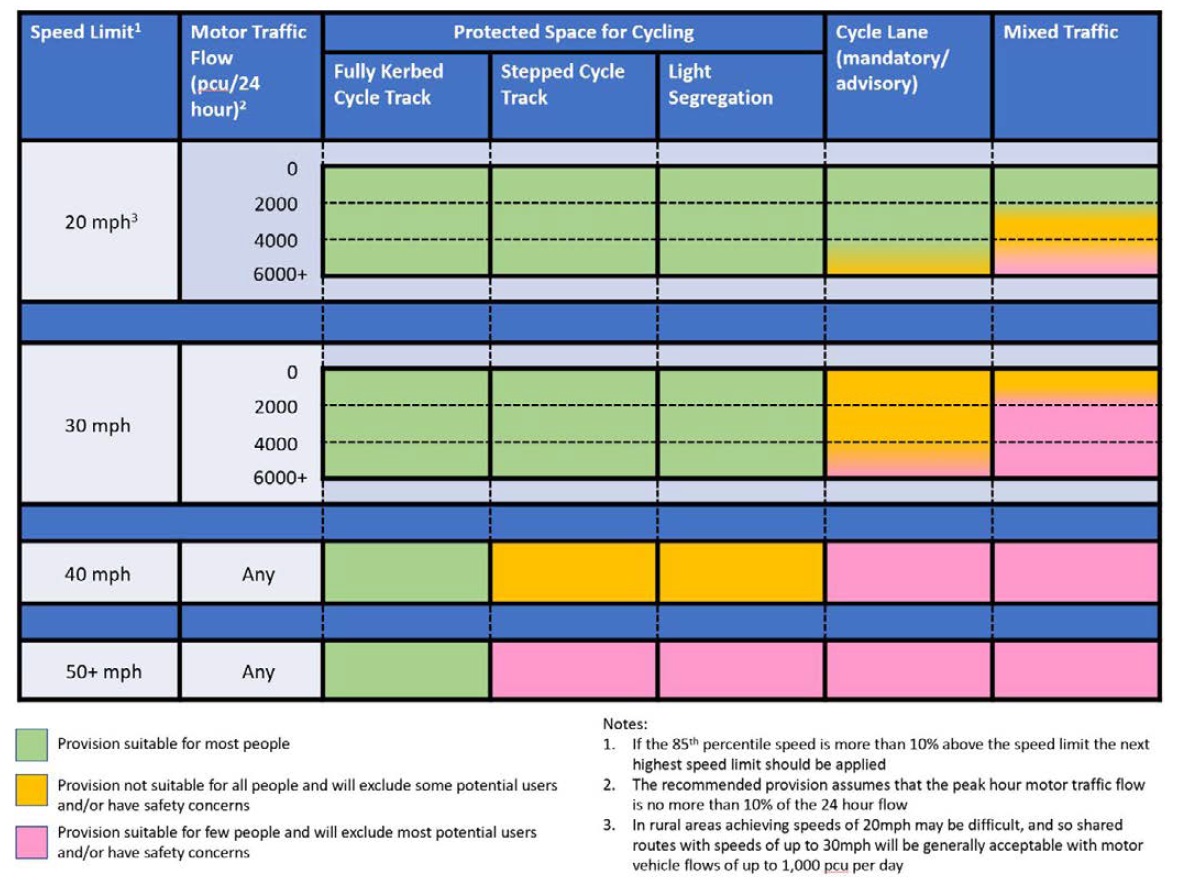 Where LTN 1/20 falls down is its approach to mandating protected space for cycling is too lax on motor traffic volumes and speeds.

Figure 4.1 “Appropriate protection from motor traffic on highways” suggests that cycle lanes without protection are fine at 20mph up to 5,000 motor vehicles per day “for most people”. LCC policy would suggest above around 1,500-2,000 motor vehicle movements daily, protection should be a priority (or traffic reduction, filtering etc.) and far too many people will feel uncomfortable cycling on such roads. This policy is based on previous iterations of the Dutch CROW manual. Either way the mandated point at which protection becomes vital is encased in the DfT’s modified CLoS. It only lists a “critical fail” where there’s no protection and more than 10,000 motor vehicle movements a day (or over 5% mix of HGVs). That approximately puts it in line with TfL’s “Quality Criteria” sadly. So while the general principles for 8-80 and inclusive cycling are clear, the detail lets that down a bit.

The DfT’s “critical fail” for speed is far worse, though. Whereas TfL says the “85th centile” of speed (the speed 85% of traffic on a route goes below) must be for any scheme below 30mph, the DfT goes up to 37mph before assuming a “critical fail”!

Most main roads will be above 10,000 motor vehicles a day – so this, like the TfL Quality Criteria, definitely rejects the “blue paint” approach for main roads. And that's a massive leap forward. But heavy-duty ratruns or country lanes with high speeds won’t necessarily need much further treatment to avoid triggering alarm bells (though schemes will still need to beat the 70% CLoS score, which is a tough hurdle).