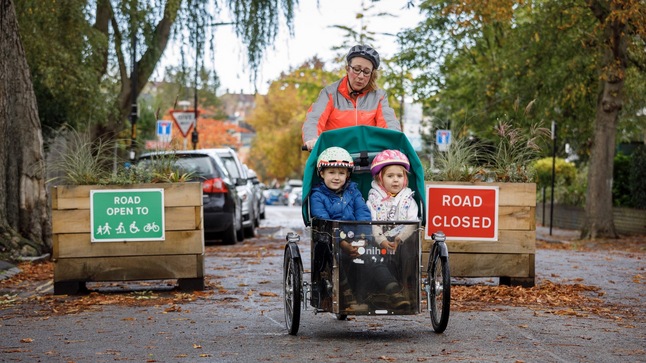 Low Traffic Neighbourhoods and cycle tracks continue to generate hysterical newspaper headlines but it’s heartening to see just how much support there is for them from those with an interest in public health.

FOIs by CyclingUK in November 2020 to 12 UK ambulance trusts (including London), showed strong support for the measures with none calling for removal.  The quote from North West ambulance service was typical:

“Our ambulance crews are advanced drivers and trained to deal with a range of conditions including traffic congestion … we welcome any traffic arrangements that promote road safety and reduce the amount of accidents that occur, and we work with councils to find a compromise over any road layouts or changes that may cause us difficulties.”

The Government's own recent Gear Change document recognises the vital importance of more walking and cycling. The document says "Physical inactivity is responsible for 1 in 6 UK deaths... [and] costs the NHS up to £1bn per annum, with further indirect costs calculated at £8.2bn". As a result, the document commits the government to "putting cycling and walking at the heart of transport, place-making, and health policy" with the government set to trial prescribing cycling via GPs. Of course the London Mayor and TfL's "Healthy Streets" approach has for some time set out a vision that links health outcomes to activity levels and "active travel" too. As a result of this top-level action, public health bodies and NHS trusts have become increasingly vocal in their support for walking and cycling schemes.

The Chief Executives at hospitals across London have been calling on their local boroughs to support Streetspace plans including Guy’s & St Thomas’s, Chelsea & Westminster, Homerton, St Bartholomews, St Georges, and the Barking, Havering and Redbridge University hospitals.

As reported by the Evening Standard, more than 120 Doctors and Nurses recently wrote to Sadiq Khan expressing support for Streetspace projects

Their letter notes that this is not just for their staff to get to work, but that:

We need to make active travel a real option for everyone, not just the young and fit.... Infrastructure for active travel enables people to exercise as part of their daily routine and being physically active is an effective way to reduce rates of various chronic diseases including obesity. Public Health England has highlighted the importance of increasing the proportion of journeys made by bicycle or by foot.

The Charity has a public health remit to address the health challenges facing Lambeth & Southwark - with particular focus on improving air quality, child obesity and long-term conditions such as heart disease and type-2 diabetes (issues that particularly impact on poor and BAME communities). They say:

The aim of the project is to improve the healthiness of the streets in the project areas so that more people can comfortably walk, cycle, and spend time on these streets...reducing inequalities is built into the project objectives

That they see Low Traffic as the most cost effective and impactful way to deliver their public health objectives clearly shows just how transformational these schemes are. The project will also build on the already strong evidence base that supports LTNs with extensive before and after monitoring of the Southwark LTNs.