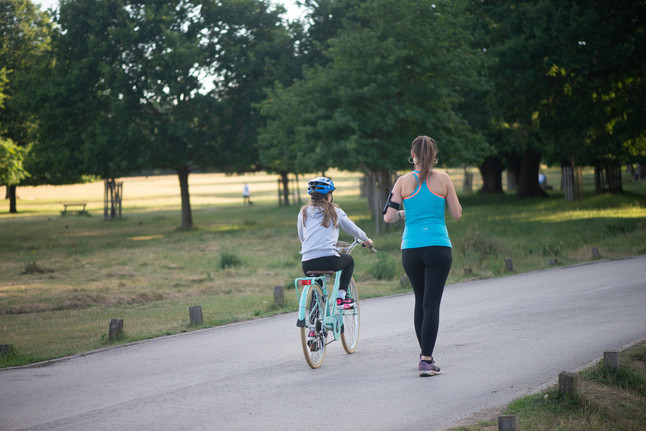 The Royal Parks has announced this morning that it has published its full Movement Strategy, formally enshrining key principles including “Our park roads are not intended to be primarily commuter through routes for motor vehicles”, following two rounds of public survey, which saw the principle and cycling strongly backed by the public. On the back of the announcement, The Royal Parks has also published more details on the first five trial projects to fulfil the strategy, removing through traffic from several of London’s most-loved parks.

From the press release

The Royal Parks’ Movement Strategy sets a coherent framework to help shape and inform the policies relating to how park visitors can access, experience and move within the parks. In line with the principles of the strategy, all the trials seek to restrict cut through motor traffic on park roads and create new spaces for park visitors to enjoy.

Reducing the volume of cut-through traffic in the parks has long been an aspiration for The Royal Parks. As a result of the current Covid-19 crisis, the parks have been temporarily fully closed or partially closed to motor vehicles since the end of March, therefore most of the measures listed below are already in place.

The trials will last for six months and will not formally start until the car parks are fully re-opened. Further details, including the start date of the trials and consultation period coming soon from The Royal Parks.

The big and obvious question, given the previous TfL plans to close gates in Regent’s Park for Cycle Superhighway CS11, is where are plans to do something for Regent’s Park?

However, it appears The Royal Parks aren’t the problem there – but the Crown Estates Paving Commission. This rather secretive body effectively controls the gates and roads in Regent’s Park and has thus far refused to deal with the massive issue of through motor traffic in the park. Publicly, The Royal Parks has tweeted today : “We share legal responsibility for traffic on the Outer Circle with the Crown Estate Paving Commission. We hope to work together on a traffic management plan before announcing details.”

However, CEPC have form for delaying gate closures in Regent’s Park. When we and Laura Laker for The Guardian pressed the organisation for a comment in February 2018, during the CS11 debacle, the then Director said CEPC were “happy to support” the gate closure plan. However, shortly after, that director left the CEPC – who have remained publicly silent on gate closures since. Since then, Walking & Cycling Commissioner Will Norman has repeatedly called on CEPC to act, pointing out The Outer Circle has nearly three times the collisions of comparable roads outside the park, and half of motorists using the park go over the 30mph speed limit.

We’re continuing to work with other organisations to ensure Regent’s Park also sees through motor traffic reductions soon – and indeed that these Royal Park schemes go in, stay in and are added to fast.