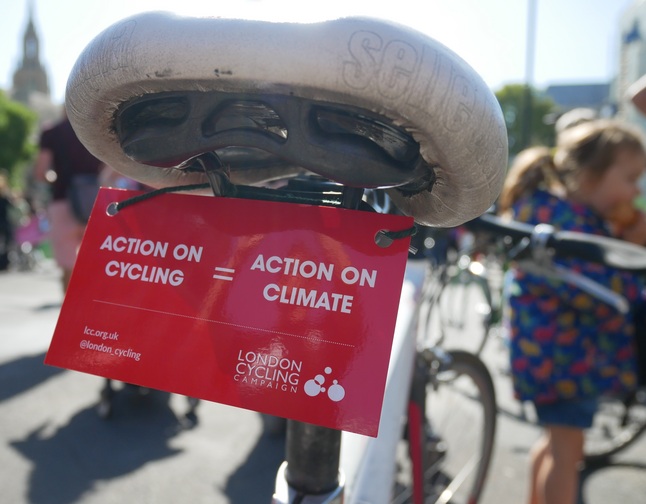 With an Ultra-Low Emission Zone(ULEZ) in central London, a growing network of Cycleways and several ‘mini-Holland’ boroughs the capital has attracted international attention for its progress on transport strategy.

But other UK cities are developing thier own solutions to the challenges of climate change, poor air quality and liveability.

Birmingham is the latest  to announce radical transport plans. Taking inspiration from the Belgian city of Ghent Birmingham now plans to reduce traffic travelling through the city centre by  dividing the city into zones, accessed only via a ring road, which will limit through traffic thereby cutting congestion, emissions and improving air quality. In an examination of both Birmingham‘s plans and Ghent’s implementation since 2017 Bikebiz editor Carlton Reid notes that a key element of the Birmingham’s proposals, which is yet to be tried in London, is a workplace parking levy of £500. Currently every driver in London allocated a free parking space at work effectively gets a tax-free benefit worth £2000 or more.

Bristol is due to introduce a ban on all (not just the most polluting)  diesel cars  in the city centre in 2021. London’s ULEZ restricts the most polluting diesel-engined vehicles but less polluting  Euro 6 generation  diesel vehicles are currently permitted into the ULEZ without a fine.  In Bristol a wider clean air zone will apply across a larger part of the city.

Nottingham was the first council in the UK to implement a workplace car parking levy (of £387) which has helped reduce congestion and raises some £9m per year that is used to improve public transport which, in turn, has some of the highest usage rates in the country. All of which contributes to falling CO2 emissions.

York's council has supported palns to exclude all 'non-essential' vehicles from the historic city centre within the next three years. The city faces heavy congestion during the summer months when many tourist visit.

Edinburgh aims to be carbon neutral by 2030 and the city's 10 year plan includes closing key streets to motor traffic, expanding the tram network and creating an integrated payment system for all public transport including cycle hire.

Oxford's zero emission zone is due later this year. Petrol and diesel vehicles will have to pay a charge to enter the city centre unless they are exempt (which will apply to businesses until 2024) and residents will get a 90% discount till 2030.

Brighton, which has declared a climate emergency,  has comissioned a report on making the city centre car free by 2023.

London will likely follow some of the innovations being explored elsewhere as it seeks to meet a target of reducing car trips by 3 million per day despite a growing population.  The London borough of Hounslow is already consulting on a workplace parking levy and the City of London is committed to introducing a Zero Emission Zone (excluding both petrol,and diesel cars) by 2025. London Councils, which represents all London local authorities, is considering plans for a workpalce levy

London’s air quality levels are among the worst in the UK,  so to meet international commitments the capital  has to move more rapidly than other cities to reduce emissions. And added to that is the Mayor’s recent commitment to make the city carbon neutral by 2030 – to achieve that target the Mayor must address road transport which accounts for 19% of all greenhouse gas emissions. Boosting cycle use, walking and public transport are obvious steps but drastically reducing private car trips and decarbonising and consolidating freight journeys will also be required.