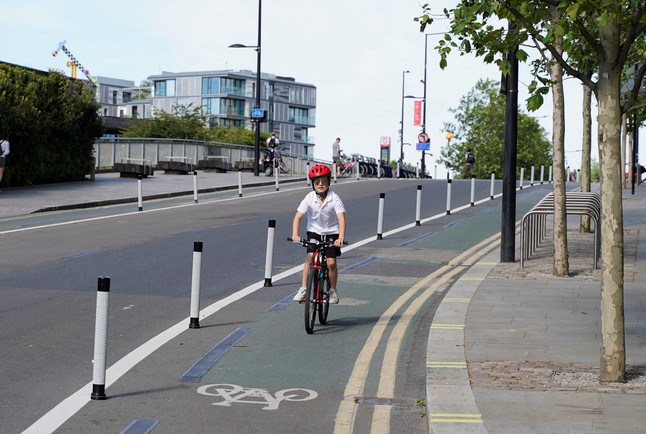 While there’s been a lot of noise of late about Low Traffic Neighbourhoods (LTNs) going in across London at the moment and beyond, it’s now going to be the turn of the main roads to get schemes. TfL in its first round of crisis funding announced it was spending over half of its total funding on “strategic cycle route” schemes – and a significant chunk of the 65 schemes across at least 27 boroughs are main roads.

On top of that, TfL is also doing schemes on the “TLRN” roads it has direct control over, such as the A21 in Lewisham, which it has just announced plans for, and the CS7 upgrade to protected space in construction right now in Balham.

Round one funding schemes are due to be complete by the end of September, so schemes such as the A1000 in Barnet, Harrow Road in Brent, York Way in Camden, Uxbridge Road in Ealing, Green Lanes in Hackney, Romford Road in Newham, Kensington High Street in K&C, Kew Road in Richmond, and Garratt Lane in Wandsworth should all be in construction shortly. Hounslow Council has also just announced the beginning of the Cycleway 9 construction on Chiswick High Road in temporary materials.

Quality control in a crisis

There are questions and issues regarding these main road schemes as they emerge, that are also worth considering too, particularly around quality: